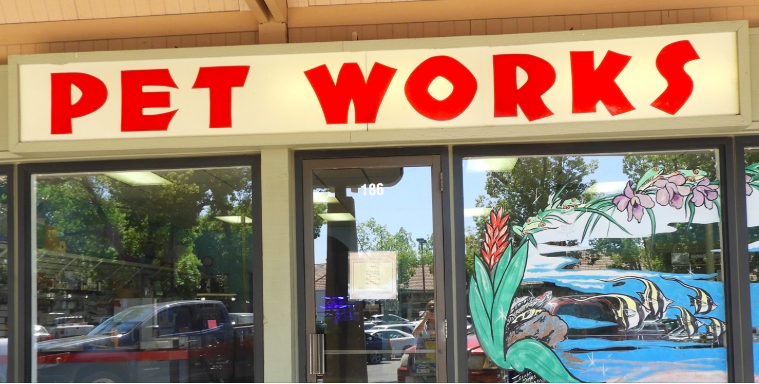 Butte Humane Society is excited to announce a new partnership with Chico Pet Works.  We are teaming up to benefit our shelter dogs and cats that need a little extra hair care.

Chico Pet Works offers many products and services, including professional dog grooming and self-service pet wash stations, and they have generously offered to provide Butte Humane Society with 50% off their pro-groom services and 10% off their self-service pet wash stations.  This can make a huge difference in how quickly some of our animals can find their forever homes – and we want Chico Pet Works to be acknowledged for putting the welfare of the animals ahead of their profits.

Along with this new partnership, we plan to establish monthly mobile adoption events outside of Chico Pet Works to provide more exposure for our adoptable animals.  In the near future, we hope to provide each adopter with a take home bag with materials, coupons, and flyers that benefit both the adopter and the adoptee.

Want to find out more about Chico Pet Works?  Find them on facebook! 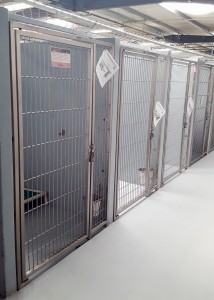 At first when we got this project we thought this was just going to be another assignment, but when we all got to Butte Humane Society and met the animals it became much more personal. We are a group of freshman from a Communications class at Chico State, and we were assigned a presentation project that included doing a civic action that affected the community. We thought let’s go to the Butte Humane Society and volunteer our help!

After talking to BHS, we found out how easy it is to volunteer for them. When we first walked into the animal shelter you could not help but notice how kennel presentation affects the way you see these adorable animals. We realized how important this aspect is in the way people make their decisions to adopt these animals or not. Many people walk into the dog kennels and notice that the dogs may be barking a lot, seem nervous, or jumpy and they associate this with the dog’s character. That accusation is entirely false, the dogs in the shelter are nervous and jumpy because they are going through an unstable living situation. While being kept in small, suitable spaces, many cannot see around the corners and are startled when a family unexpectedly walks up to their kennel. The nervousness, jumpiness, and barking are just a reaction of being in their situation rather than a reflection of their personality.

The whole experience with Butte Humane Society has been a real pleasure and a great experience for us. They have displayed such warmth and love towards these animals and truly care for their well-being. However they could always use an extra hand from volunteers! Volunteering at BHS is as simple as filling out an application, attending a session, and getting a Volunteer shirt – then you’re in!

Learn more about volunteering at www.buttehumane.org/volunteer

Twelve-year-old Cauliflower was brought in to BHS by his 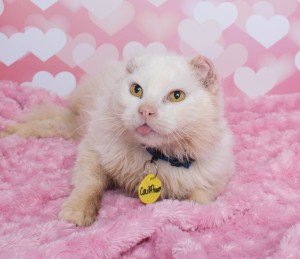 owner to be euthanized.  After our clinical staff looked him over, they determined that, although he was a “hot mess”, there was actually no medical need to put him down. Since Butte Humane Society lives to save lives, they offered to take him in and the owner agreed.

So what was wrong with Cauliflower?  He came in with severe ear mites, decayed teeth, and a cold; all of which were treatable. 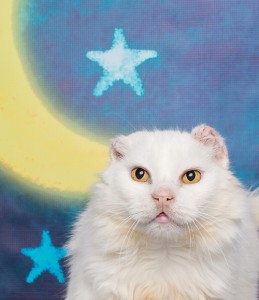 Thanks to the caring contributions of our community, our clinic was able to treat the mites and the cold as well as remove what was left of his teeth.  Once all of his ailments were addressed, it was easy to see that he was “the cutest cat ever,” according to our adoptions crew. “He is super cuddly and affectionate.  Most cats come out of treatment dazed and drowsy, but he came out purring and ready for belly rubs.”

It didn’t take long for the public to see that he was the cutest cat ever.  Cauliflower was recently adopted into a loving home where he will get to spend the rest of his happy, healthy life.  Without the support of the community, we wouldn’t have had the resources required to be able to save him.  We are grateful to live in such a caring and compassionate community.  Here’s to Cauliflower and here’s to you!

Meet Hooch.  He was first brought to us at the tender age of 5 months, and has spent his life as the object of a theoretical revolving door- where one side is adoption, and the other returning to BHS after several unsuccessful attempts at finding love.  Although he has all of the attributes of a loving, sweet and fun dog, he is acclimated to his kennel due to the majority of his year and half long life being here.

Upon first meeting Hooch, he is a calm and obedient boy.  Hooch will lean against the kennel door and offer his side for you to pet him.  However, once the leash is secured and he is brought into the play yard, Hooch is now outside of his comfort zone.  At first glance, this behavior is misunderstood as standoffish, but this is simply the conditioned behavior of a dog that has never had a consistent owner in his life.  BHS is working hard to socialize Hooch, and is making great improvements each month, but it is best that he have a home and owner to call his own.

The ideal owner for this adorable yet misunderstood dog would be one where patience and training can be dedicated to him, and know that the transition will be over time and not immediate.  All who meet Hooch take quite a shine to this sweet dog and feel he may also be a great working dog as well.  He is a smart boy who is eager to please and would benefit from consistent mental stimulation.  If you know anyone or an organization that could provide a future for Hooch, please contact us.

Once intimidating and terrified to now affectionate and outgoing, all Jack needed was for somebody to believe in him. As a two-year-old Pit Bull/Sharpei mix, Jack’s misunderstood behavior left him passed over by many adopters. Jack is a shining example of how your support transforms the life of each animal at BHS.

Jack is an affectionate dog who loves cuddles and aims to please. But his reactionary behavior towards strangers and dominance towards other dogs is what landed him at BHS. He was deemed unadoptable, but BHS staff and volunteers saw his potential and sweet disposition. With your support, over the four months Jack was with us, he received constant training, positive reinforcement, and socialization.

Jack’s behavior transformed from reactionary to exemplary, and he became our model dog, helping us test the behavior of new dogs that came to us. Jack learned to be calm and accepting of unfamiliar dogs and people he was introduced to. Match that to his soft eyes, wet kisses, and love for cuddling, Jack was finally adopted after five months.

Your support sponsored Jack’s rehabilitation. Without you, BHS wouldn’t be able to dedicate time to animals like Jack, who just need someone to believe in them.