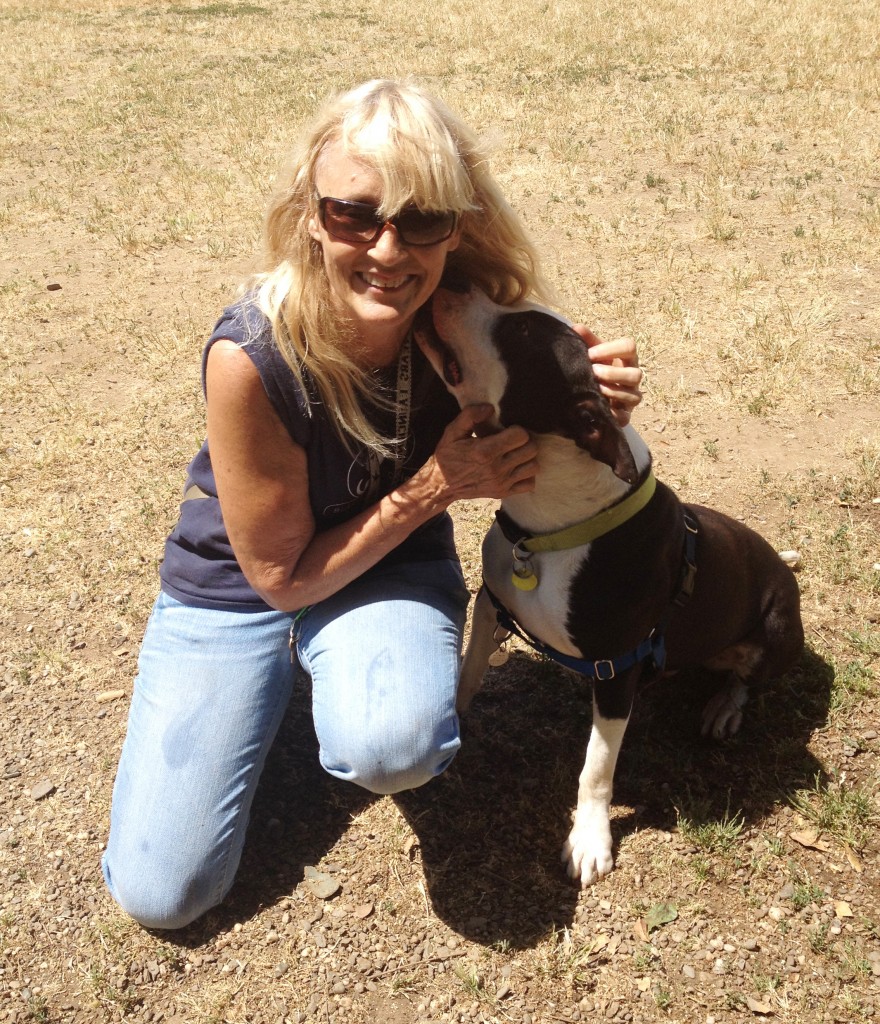 Jane came to BHS in May of 2014 with a whirlwind of awesomeness. Guided by her intense love of animals, she fearlessly jumped in, spending an average of 30 hours a month with our cuddly canines.

We all felt her absence throughout 2015 when her job demanded more of her time and she was forced to set aside her volunteer work. But then at the beginning of 2016… she came back, and we felt whole again! “I was actually glad when I lost my job because it meant I could volunteer more”, Jane says. “I just really love helping the animals. I love spending time with them.”

In the six months she’s been back, she’s climbed the ranks of volunteers here. She was among the first Volunteer Adoptions Counselors, she’s participated in the challenging play groups, she’s been appointed to the Volunteer Advisory Council, and she’s trained to handled the more rambunctious dogs.

In fact, earlier in May, when Jane was handling one of our most notorious dogs, he got a bit too playful and wounded Jane’s arm enough to need bandaging. As shook up as she was, most volunteers would have gone home to decompress. Not Jane. Jane, in her glorious easterner accent, insisted on staying to walk other dogs. Nothing gets her down. In fact she’s made it her goal to devote more time working with the dog that wounded her.

For her determined care and concern for the well-being of our more challenging dogs and for her triumphant return, we name Jane May’s volunteer of the month. Thank you for all you do, Jane!