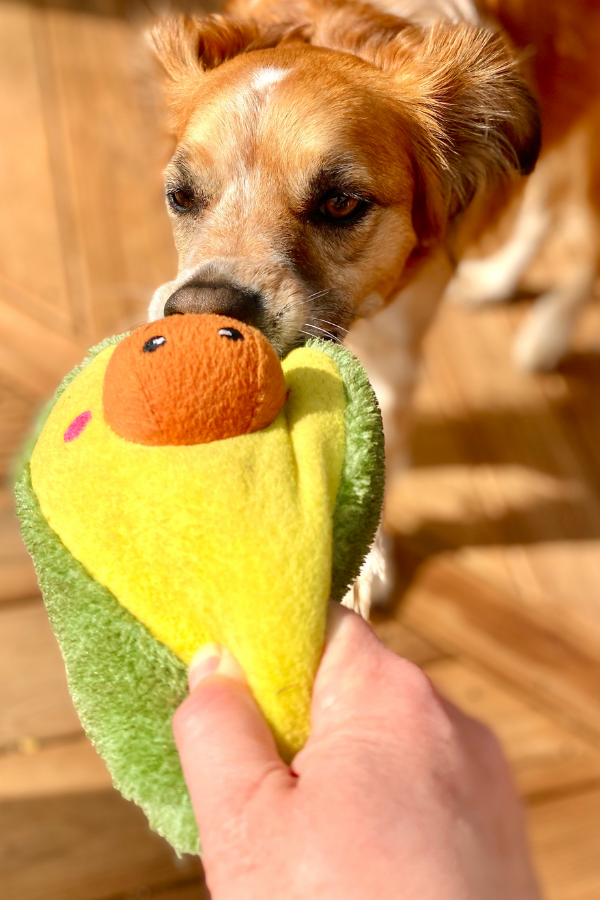 The classic game of tug-o-war!

Tug should not be played with a recently adopted dog. This information is based on a well  established relationship between an ADULT owner and a dog where play and socialization are regular with one another.

Before initiating a game of tug – consider the following:

The Rules of Tug